Traditional first-year students who apply to Misericordia University to be full-time students may be eligible for a merit-based, full-tuition scholarship.

The University will invite eligible applicants to campus to participate in an essay writing competition. The essay portion of the competition will be offered in the beginning of November and continuing through mid February. The top scoring students will return to campus on February 25, 2019 for an interview with members of a selection committee. Members of the committee will interview the finalists and make scholarship offers to students who plan to major in academic programs available in each of the Universityâs three colleges â College of Arts and Sciences, College of Business, and College of Health Sciences and Education. Overall, the program will award no more than three scholarships in any one college and not less than one in each college.

The awarding of the scholarship also guarantees recipients acceptance into the Universityâs Honors Program if students choose to participate. The competitive Honors Program is an interdisciplinary learning community based upon a common sequence of enriched and intensified core curriculum courses that honors students take in place of regular core offerings.

There is no separate application; just submit the regular Misericordia free online application at http://www.misericordia.edu/apply or click on the button below to get started.

A Religious Sister of Mercy, Dr. Mary Glennon, Ed.D., RSM, earned her Bachelor of Arts degree in French and a minor in English, history, and the Greek and Roman classics from Misericordia in 1962. She earned a Master of Arts in English from the University of Scranton and a doctorate degree in higher education administration from George Washington University, Washington, D.C. Sister Mary completed additional academic work at Marquette University, Milwaukee, Wisconsin, and Pennsylvania State University, State College.

She professed her final vows with the Sisters of Mercy in 1965 and continued to teach English at a Catholic high school in western Pennsylvania. The daughter of a coal miner, the Freeland native returned to Misericordia in 1975 to serve as the institutionâs first director of continuing education. In 1979, she became dean of continuing education. Sister Mary left Misericordia in 1982 to complete her doctoral studies. She served as dean of institutional advancement at Notre Dame College, Cleveland, Ohio, until Dr. Joseph Fink, then president of Misericordia, encouraged her to return to her alma mater in 1987. When the administrative divisions of the College reorganized in 1997, Sister Mary became vice president of academic affairs and dean of the college â supervising all services related to academics and students.

Overall, Sister Mary had more than 45 years of service to the Misericordia community, as a student and administrator. Under her leadership, Misericordia introduced the popular academic programs of occupational therapy and physical therapy, and reintroduced majors in psychology and chemistry, while adding programs in biochemistry and a graduate-level nurse practitioner program.

Misericordia also recognized Sister Maryâs career and accomplishments when it awarded her the prestigious Catherine McAuley Medal in 2001. The institutionâs highest honor recognizes significant service to others in the spirit of Catherine McAuley, as well as a commitment to the ideals and goals of Misericordia and the values to which it aspires. 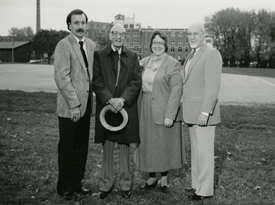 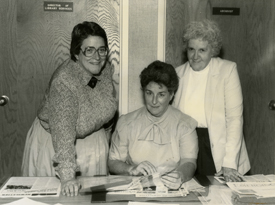